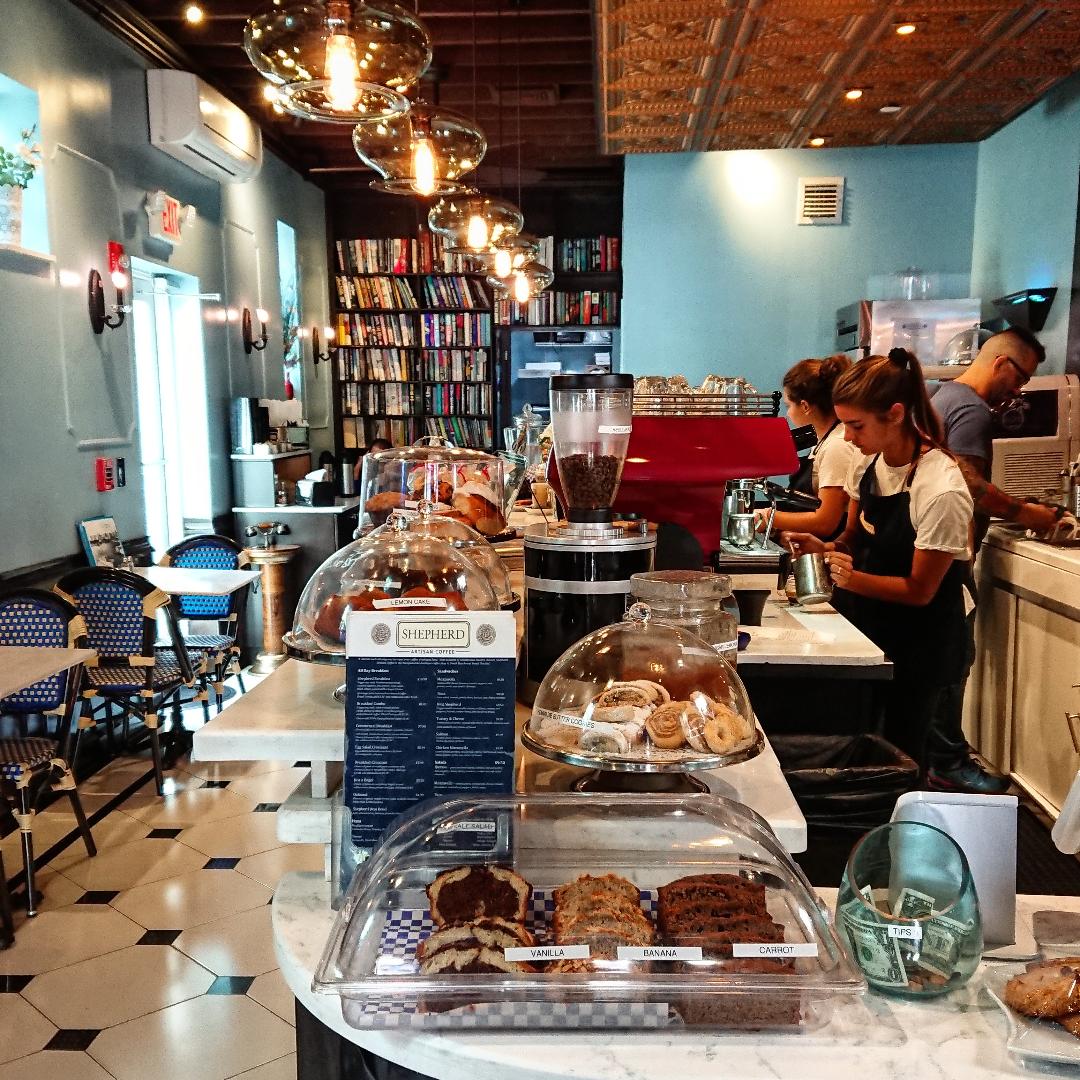 It’s been a few months now since I returned from our summer holiday to Miami and it’s given me plenty of time to agree what food and drink should make it into this article.

My Miami roundup already hinted towards at least one restaurant that would make this post but there’s plenty more than just Green Street Cafe to mention. While the main streets of South Beach might be more style than substance, it’s worth getting off the beaten path to discover an awesome food scene.

I actually only started to realise what a great destination it is for foodies towards the end of my trip but that just means I’ll have to go back to explore its eating scene properly! In the meantime, here’s version 1 of my Best Miami Eats…

Miami in July was HOT! We didn’t have breakfast included in our hotel rate but luckily, not far from Dream Hotel, is this awesome little cafe. We went to Shepherd Artisan Coffee most mornings and their lemon mint blended iced drink is the best thing you’ll ever taste. Most days we sat out the front in the sun but the inside was very cute! The perfect way to start your morning. 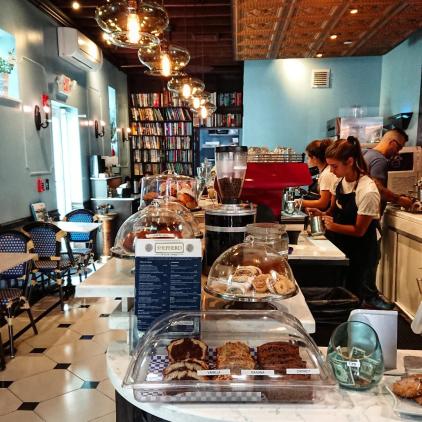 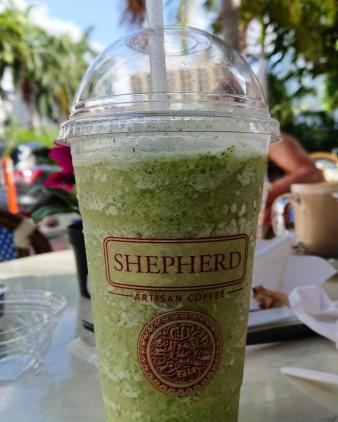 For a green drink with a kick then head to the Florida Keys. We took the bus to Key West for the day and enjoyed brunch at Two Friends Patio Restaurant with a Key Lime Colado. Delicious! This will give a Pina Colada a run for its money every day of the week! 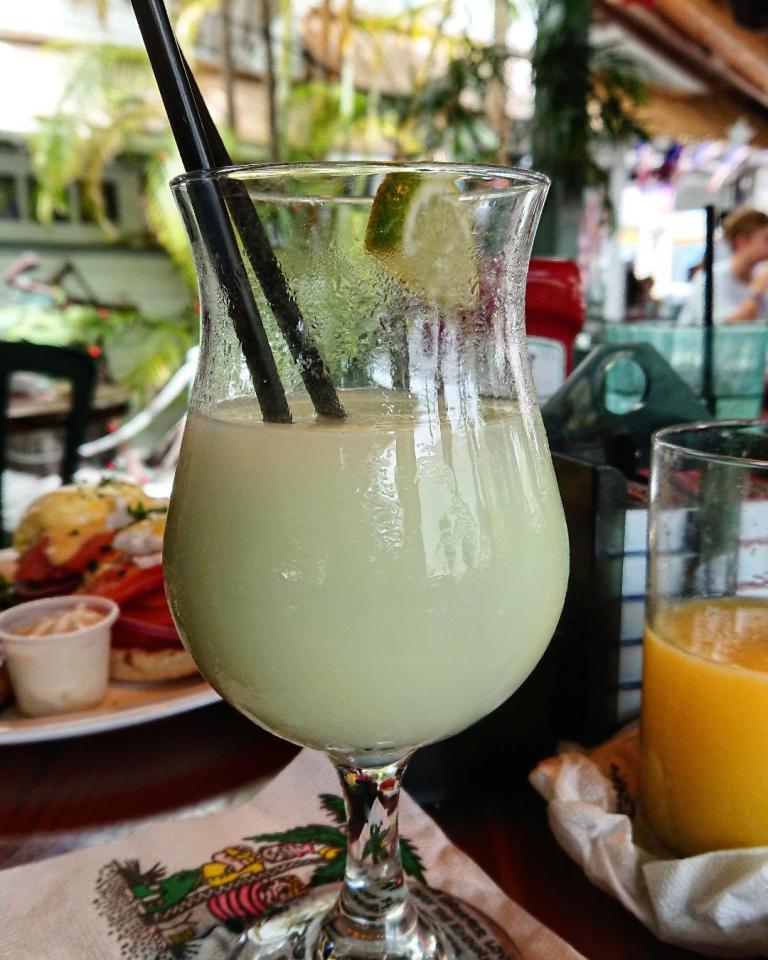 How could I do an article on the best food and drink and not mention a Miami mule? I had the best one at the Ball & Chain in Little Havana, while sharing some Cuban tacos and sliders. Cheers! 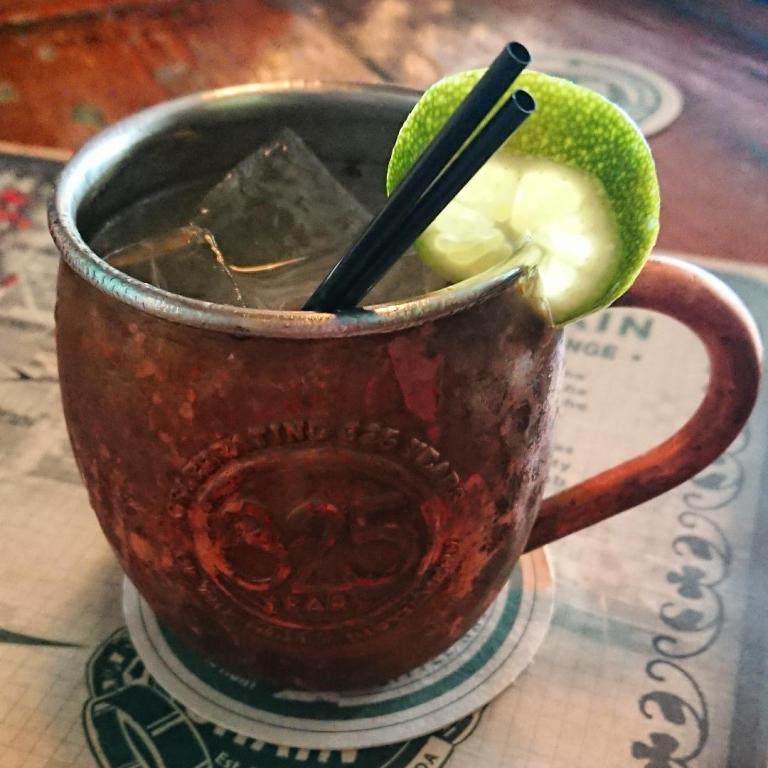 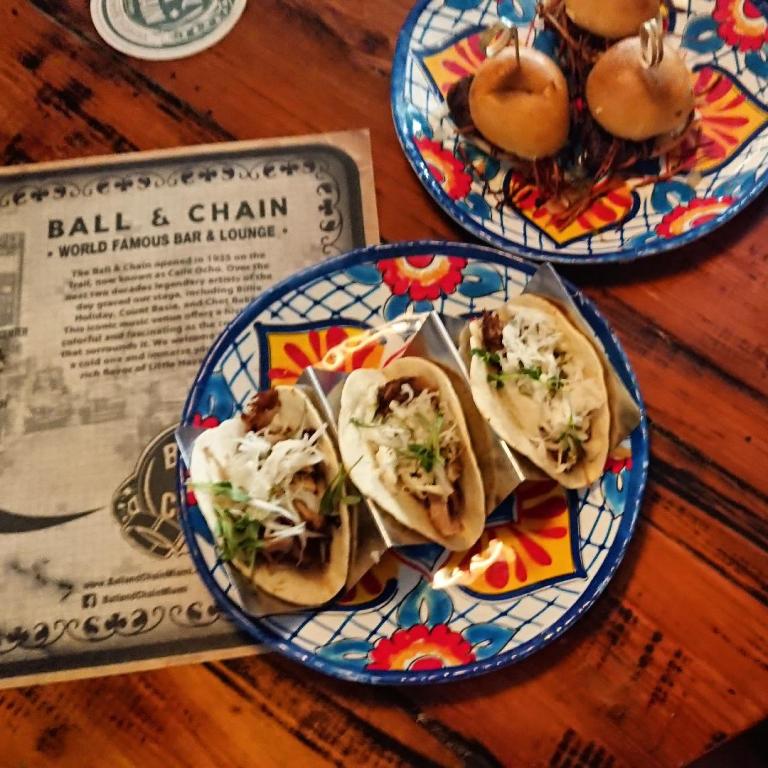 The best brunches were both had outside of South Beach. The first I mentioned in my previous Miami blog and that is Green Street Cafe in Coconut Grove. We went there after completing a 4 July 5k run and the scrambled egg, toasted onion bagel and fresh tomatoes were just what I needed – and there was no grease in sight. 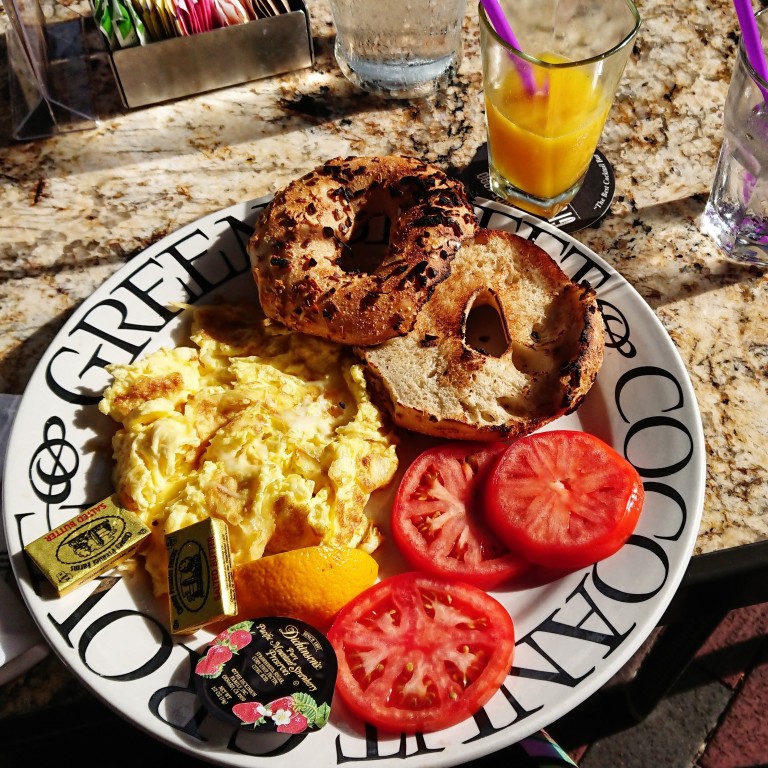 The second best brunch was from Threefold Cafe in Coral Gables. 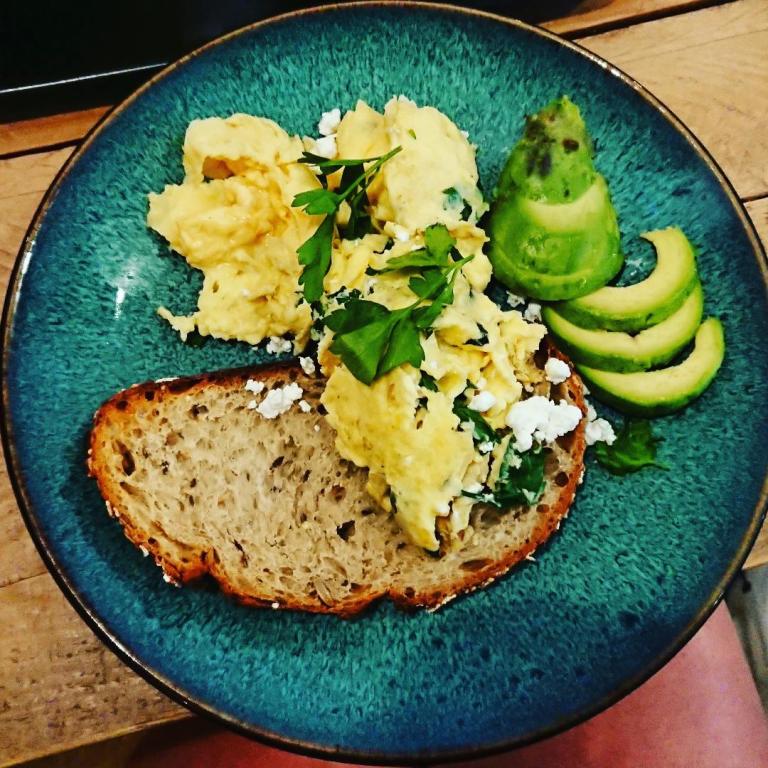 I went for the Green and Gold scrambled eggs with a side of avocado washed down with a cup of English breakfast tea. It was a cosy little cafe with rustic charm. Lovely! 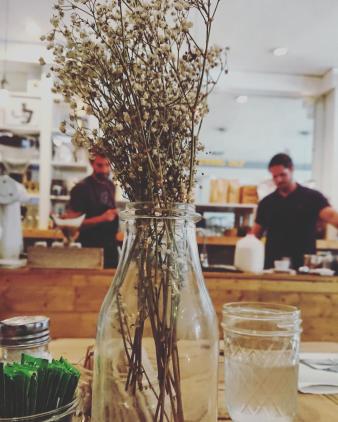 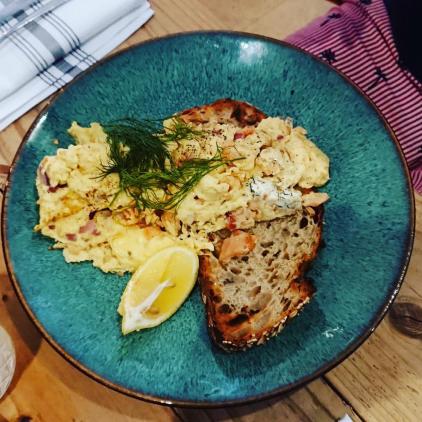 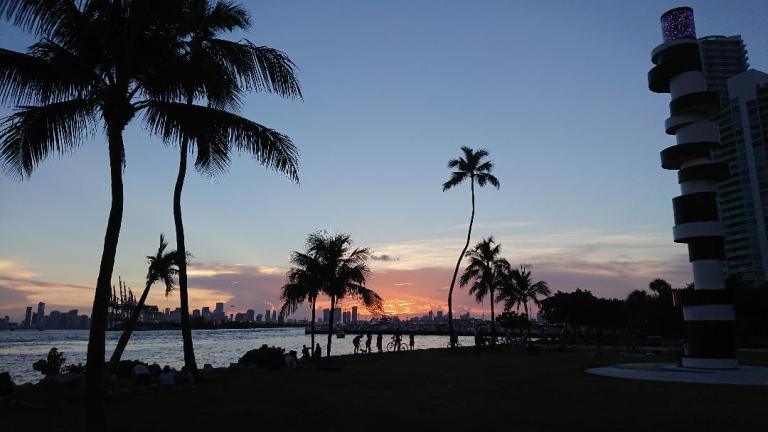 My favourite dinner came on our last night in Miami. We had walked to South Pointe Park to watch the sunset and then happened upon Upland. It was a great restaurant with a cool NYC bistro vibe. 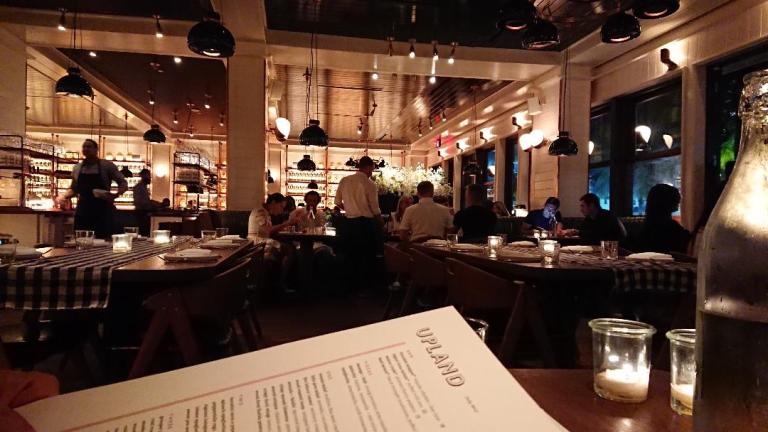 I went for Rigatoni Bolognese, which was just delicious. It was accompanied by a glass of prosecco, a welcome change to many of the sweet cocktails I’d been having all week! 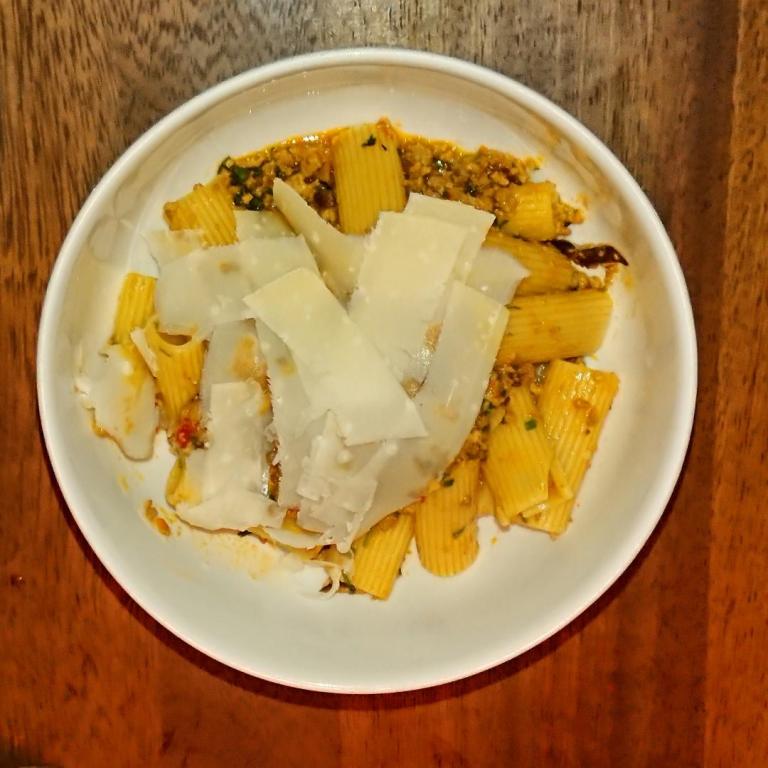 Another great find was Kush in the Wynwood Arts District area of Miami. 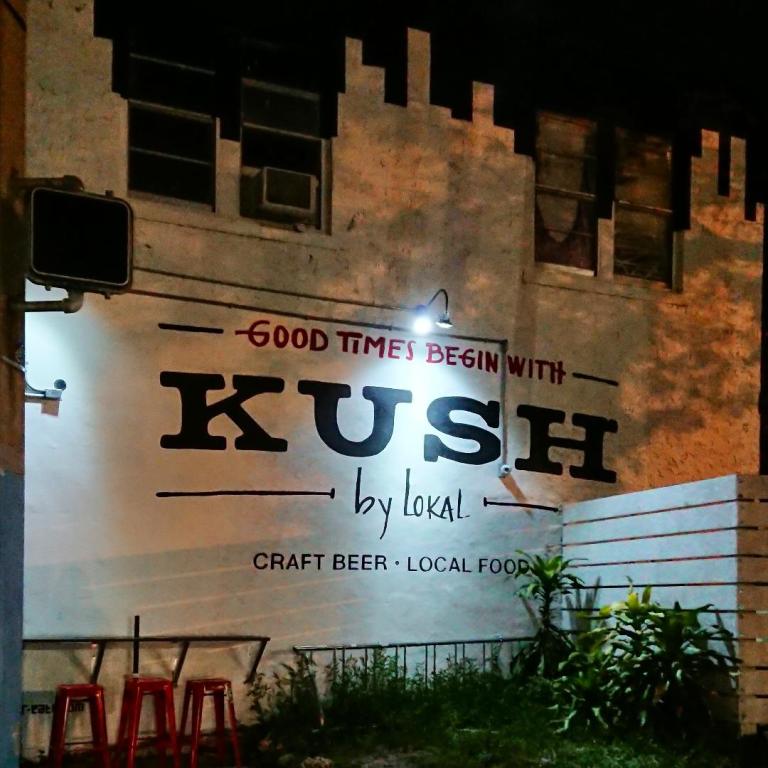 It was a hot spot and we had to join a waiting list but it was worth it! While we waited they took us to their cellar bar where we played Connect Four and drank cider and beer before being taken through to the main room. The menu was right up my street! To start, we had Florida Alligator Bites, which was a first for me! This was followed by the Kush Cubano and a burger, which we shared. The alligator bites were amazing – I’d recommend! 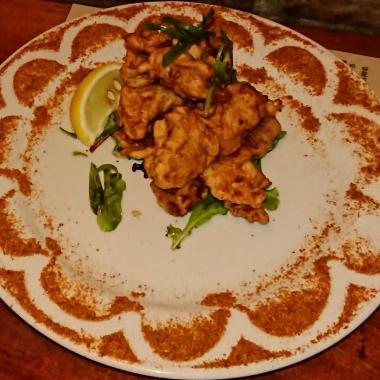 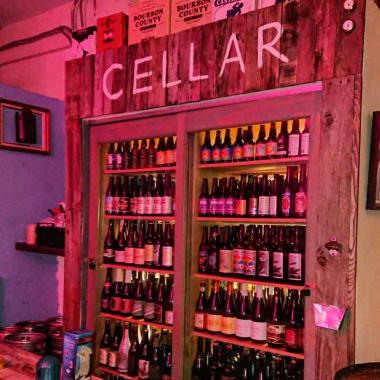 The other highlight on South Beach was Joe’s Stone Crab, which we’d seen featured on Channel 4’s Travel Man with Richard Ayoade. As you’ll know, I’m not a great seafood lover but my boyfriend was in his element! He had some of the famous stone crab while I opted for lobster mac n cheese. We shared a side of their hash browns and creamed spinach. Mmm! It was fantastic and the restaurant is a bit of a Miami institution. You have to go. 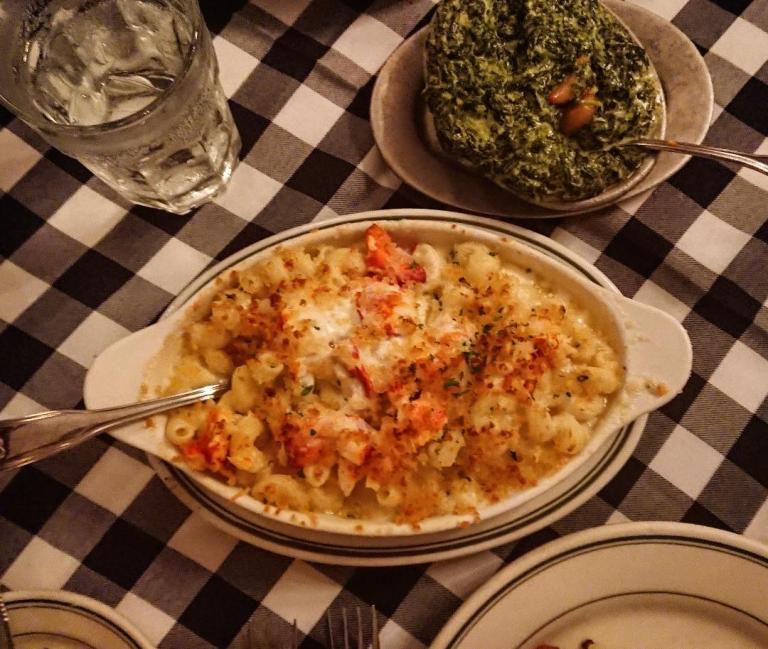 This one’s easy! It has to be the coconut gelato from Duetto at Key West. It was so hot I had to eat it super quick before it melted! 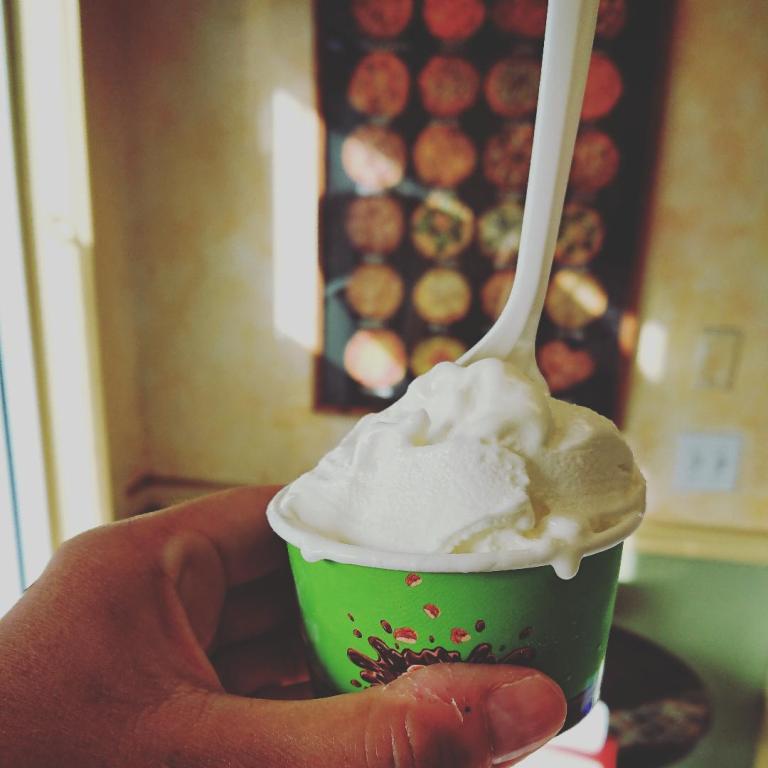 The other dessert highlight is Joe’s Key Lime Pie. This is the other famous item on their menu apart from the stone crabs. The slice was very generous so my boyfriend and I got two spoons to share it. 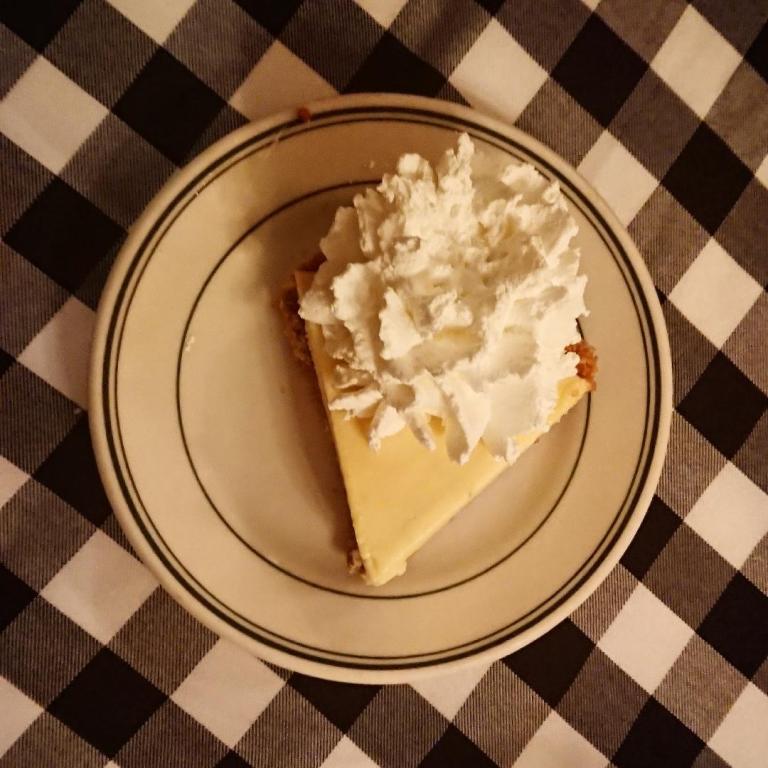 If you’re after craft beer, then head to Wynwood. I think my boyfriend was in seventh heaven here! I’ve already mentioned Kush for food but it’s got a pretty decent beer menu too. Then, just a short walk away, you’ve got a choice of breweries that come alive at night. 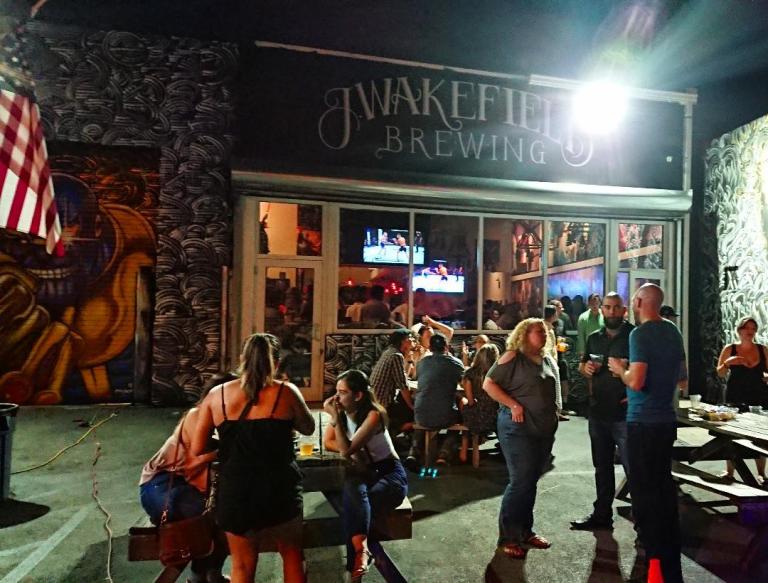 We stopped off at both Wynwood Brewing Company and J Wakefield Brewing. There’s street art everywhere you look in this area and every other Saturday, Wynwood comes to life even more than usual with the fortnightly Art Walk that sees galleries, bars, restaurants and more open their doors for a feel good evening. Luckily, we were there on an Arts Walk Night and the atmosphere was epic. 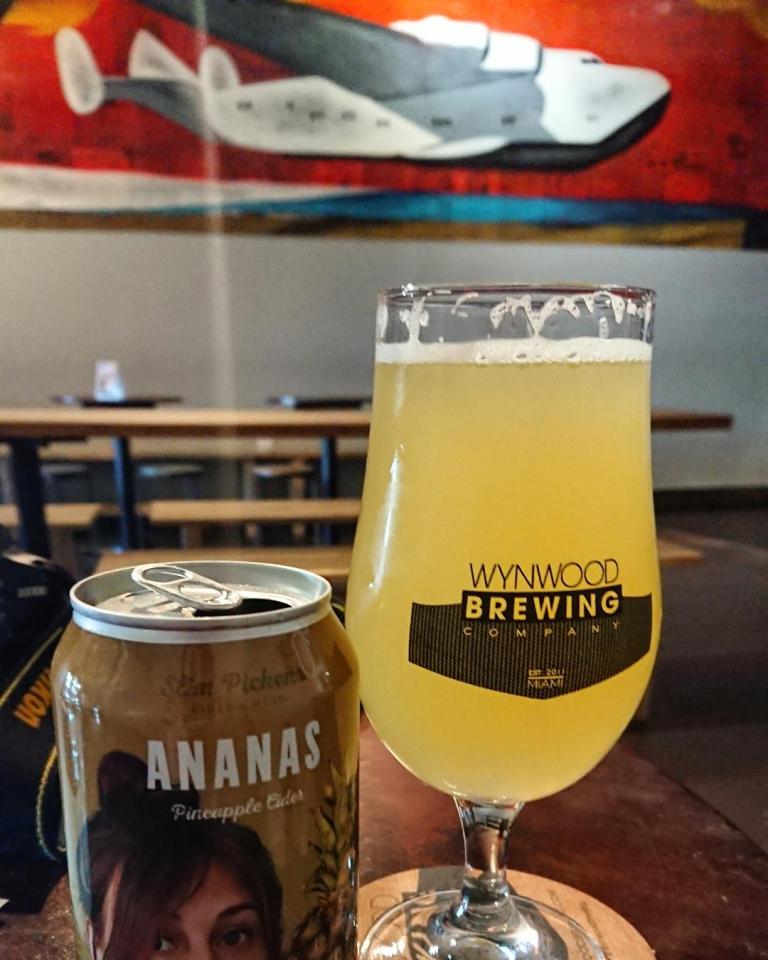 A bar that promises to get you on your feet dancing or at least tapping your feet along to the live music is Lagniappe, a New Orleans-style wine bar that was jam-packed on a Saturday night, full of locals. 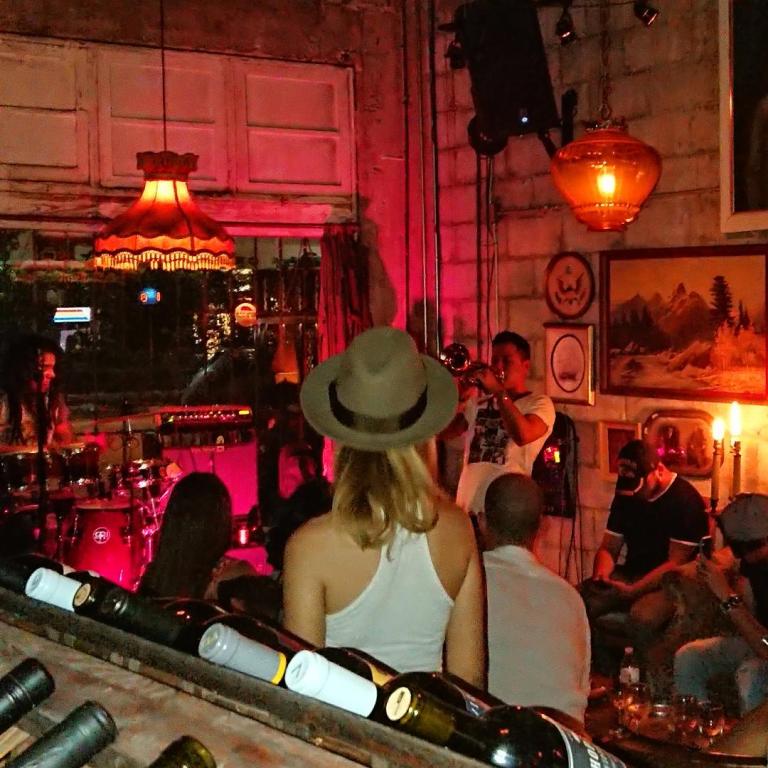 2 thoughts on “Best of Miami Food and Drink”